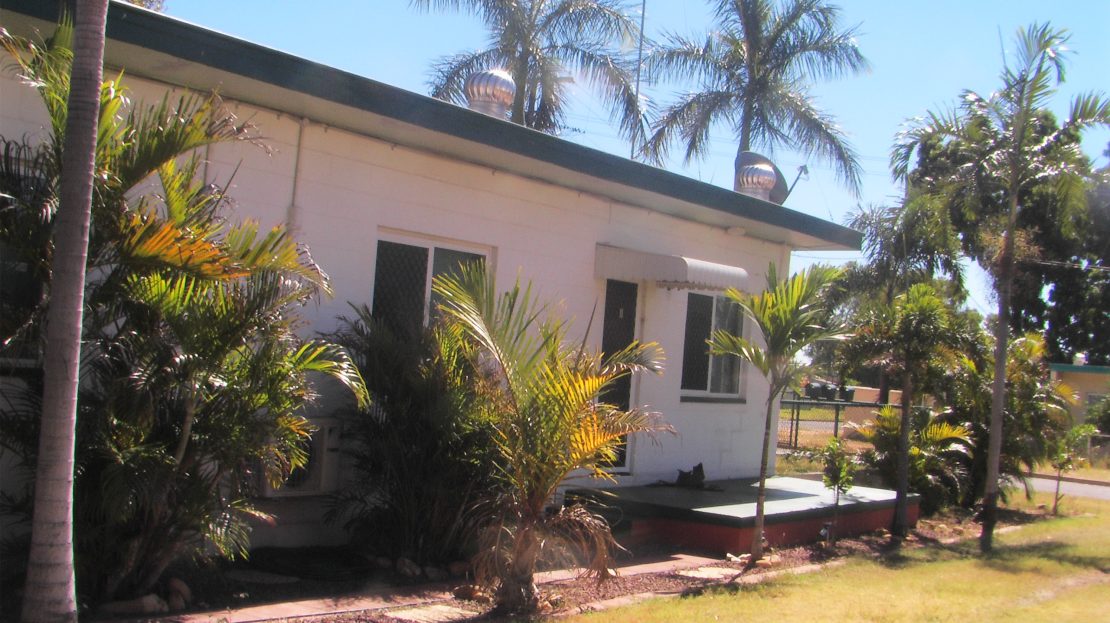 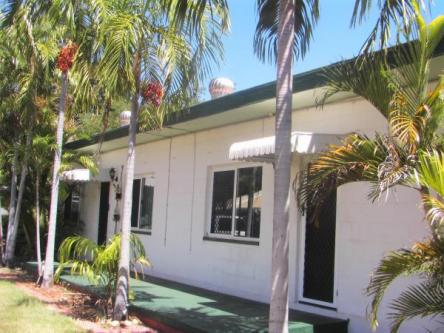 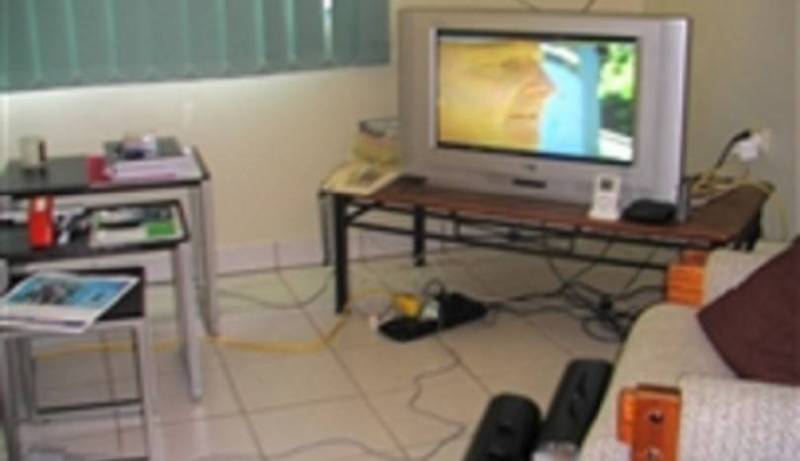 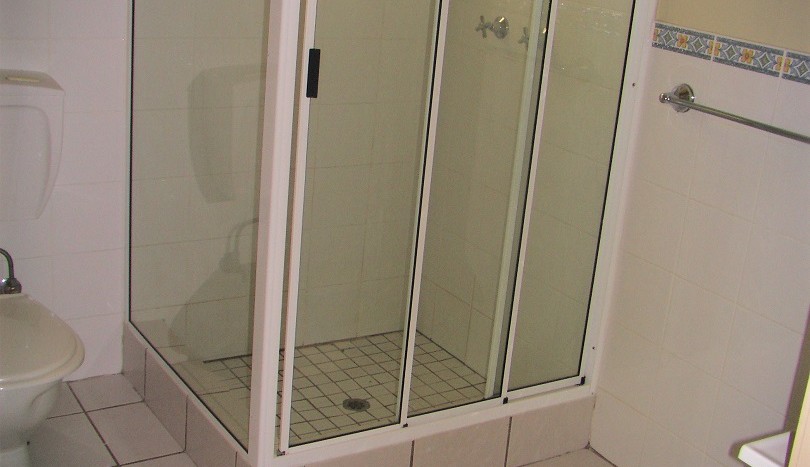 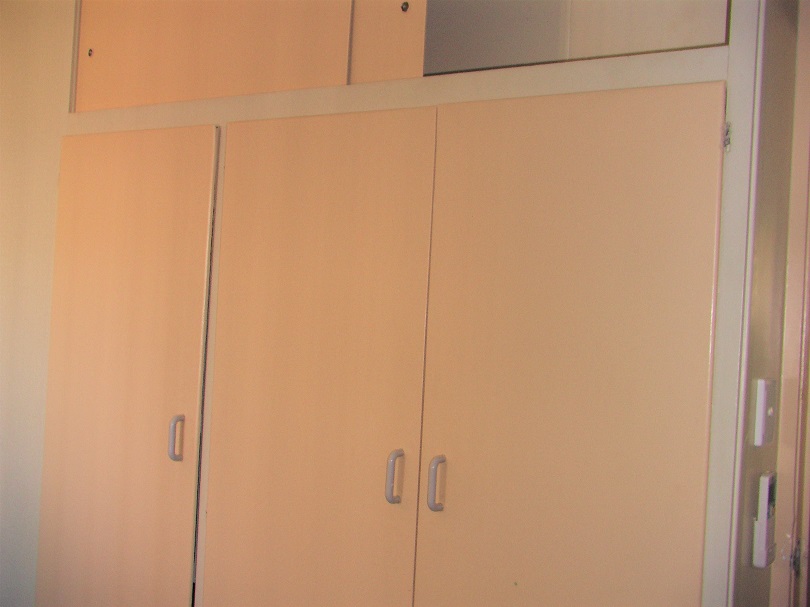 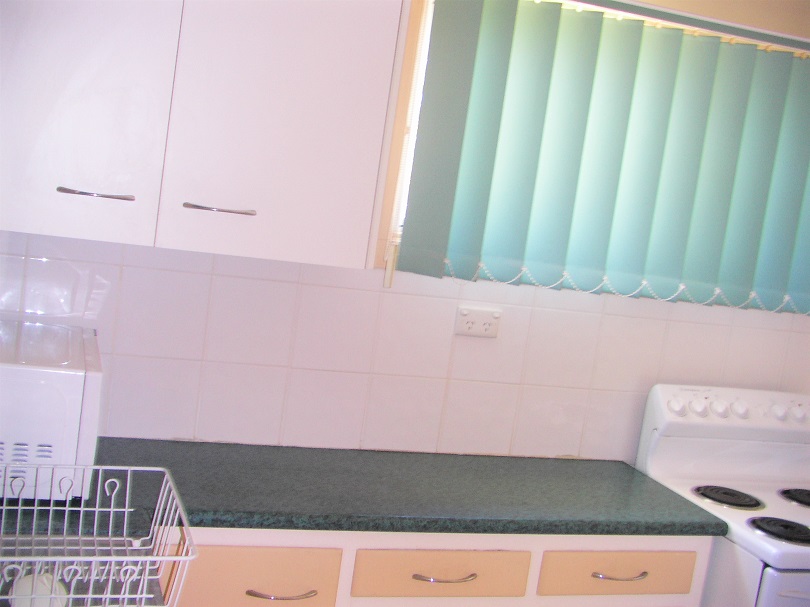 Block of units for sale Mount Isa. Enjoy maximum returns with this spacious air-conditioned brick complex of 3 x 2 bedroom units. Located near the CBD and only 100 meters to the $20,000,000 showgrounds.

The property has a nice outdoor covered area, fenced yards, an underground water sprinkler system, and a shed.

Bonus: The block of land has room to build one more unit.

This block of units is an ideal investment as the North West Mineral Province is one of the world’s richest mineral producing regions containing copper, lead, zinc, silver and phosphate as well as mineral processing, tourism and agriculture. Mount Isa is the largest city in North West Queensland

Mount Isa has had an impressive history of growth which has been underpinned by the solidity of the Mount Isa mine as the largest local employer. Mt Isa is also the major administrative and financial centre for North-West QLD.

The Mount Isa region has projects with a potential value of over $5 Billion at various stages of development, including 7 copper mines, 2 lead mines, 2 zinc mine projects, 1 phosphate, and 1 uranium mine. (Quote Bureau of Resources and Energy Economics, Resources, and Energy Sector October 2012 Australian Government)

Plus there are 12 confirmed potential uranium deposits in this region. Its population over the last 5 years has grown by 3.1%pa nearly double the national average. Additional growth is predicted and estimated due to the solid additional investment in the area.

In February 1923 prospector John Campbell Miles discovered lead ore while travelling through the region now known as Mount Isa. The ore he discovered was assayed in Cloncurry and found to contain a high percentage of lead.

As leases were pegged out, individual miner’s camps were established to the west of the Leichhardt River. In November 1923 a very simple general store, built with hessian and iron, was established among the camps.

On 19 January 1924, Mount Isa Mines Ltd was established. The owners of the Mount Isa lease acquired all of the surrounding mining leases by the end of 1925.

With the establishment of Mount Isa Mines Ltd, a town and amenities were needed to attract men to work at the mine. To meet the immediate demand, the company built simple structures around the mining camp from iron and hessian brought in from Camooweal.

In March 1924 a Progress Association was established to represent the interest of residents. A government surveyor visited the region in May 1924 and surveyed the town of Mount Isa to the east of the Leichhardt River.

The first properties in the new town were sold in September 1924 and structures from the old mining town of Kuridala — including accommodation, a court house, a school building, a hospital and a pub — were moved into the town.

The State Government and Cloncurry Council made little initial investment in infrastructure for the new town and the mining company acted as a surrogate local authority.

While being so isolated from larger Queensland communities, there was great camaraderie and loyalty in Mount Isa. In sickness or death or celebration, it was a community, their entertainment was simple, but the whole town was always welcome. The town also held the record for the consumption of more beer than any other similar town in the Commonwealth.

On 2nd August 1927, Dr George Simpson accompanied a QANTAS rescue flight to transport an injured Mount Isa miner to the hospital in Cloncurry.

The successful flight, and the praise of the thankful miner, was a clear demonstration of outback Queensland’s need for a flying doctor service and played an important role in the establishment of the Royal Flying Doctor Service (RFDS) in 1928.

In the early years, Mount Isa Mines Ltd faced hardship in developing the mine and transporting ore to the port in Townsville. Before the construction of a rail line, ore was transported 135km to Cloncurry on camel pack and cart.

The first train pulled into Mount Isa in April 1929 and offered the town, and the mine, hope by providing an efficient method of transport for workers and ore. The line was officially opened by the Honourable John Mullan MP, Attorney General for Queensland on April 6th.

This rail line went on to become the state’s most profitable and provided the state government with the capital to revitalise other rail lines throughout Queensland.

In May T931 milling and smelter operations commenced in Mount Isa and the company enjoyed its first operating profit in 1937, 13 years after its establishment.

ln a region with a harsh climate and reputation for industrial unrest, the welfare of employees was always an essential investment. The region weathered the great depression of the 1930s, providing consistent work for 1,000 men, while a quarter of the male population in major cities was faced with unemployment.

By the late 1940s, men working in the mines could earn three times the average wage of people in Brisbane or Melbourne.

ln 1943 the mine halted lead mining and started mining for copper to meet the government’s World War ll needs. This switch was reversed in l946, but both lead and copper began production in parallel in 1953.

By 1955 Mount Isa Mines Ltd had become the largest mining company in Australia. It had weathered technical and financial difficulties, and industrial unrest, to become Australia’s largest single creator of export income.

A sustained population boom after World War ll increased demand for infrastructure and essential services. To provide water for the growing community.

Mount Isa Mines Ltd completed the construction of Lake Moondarra in 1958. With a total capacity of lO7,000ML and constructed l6km downstream from town on the Leichhardt River, it was the largest water scheme in Australia to be financed by private enterprise.

ln September 1964 the Australian Worker’s Union and lobbyist Pat Mackie led an almost eight-month industrial dispute against the mine after a disagreement on how the wealth of the very productive field should be shared.

As a result of this dispute, the mine temporarily closed the copper smelter and the Queensland Government declared a state of emergency in the region. The dispute was settled in April 1965.

In comparison with other cities and towns in Australia, Mount Isa is still in its infancy – but its first 93 years have been memorable, especially as it has become the mining mecca of Australia with no less than 8 minerals being independently mined within the region.

An industrial and financial powerhouse for the nation, Mount Isa has come a long way from its humble beginnings as a mine in the middle of nowhere to a thriving outback city.

Like most mining towns, Mount Isa was built on the blood, sweat and tears of people from many different nations.

The highways in and out of the city were built by the Americans during World War II, the rail line was built by the Afghans and their camel trains, and the mines were built by the influx of Scots, Irish, Finns and Hungarians who sought to make their fortune in the spinifex-covered hills.

This diversity of cultures has created a city like no other, a city where at one time the men outnumbered women by 5 to 1, and to this day the largest Irish Club outside of Ireland proudly calls Mount Isa home.

Be sure to visit the Isa Experience at Outback at Isa to find out more about this fascinating history, get to know John Campbell Miles and Pat Mackie, and see the old Mount Isa come to life. 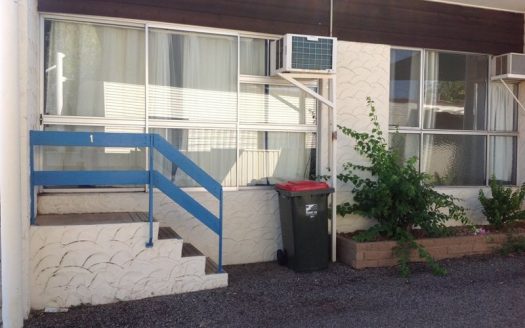 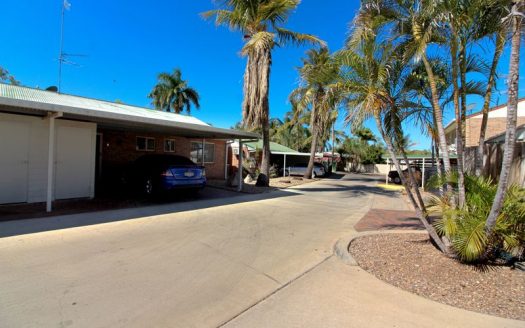 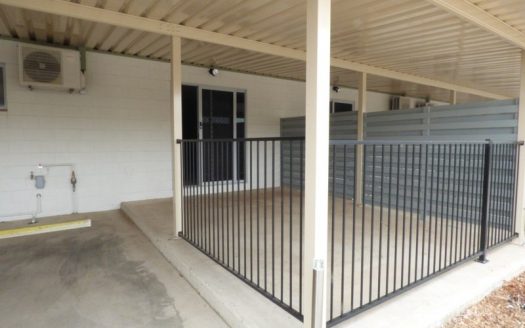 Property for the Astute Investor 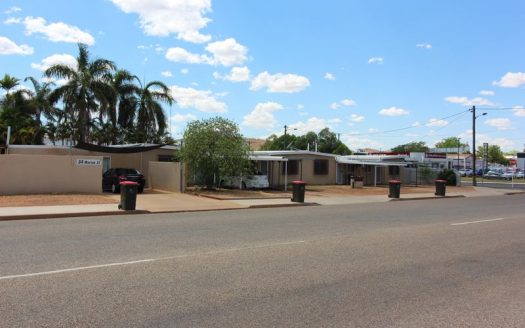